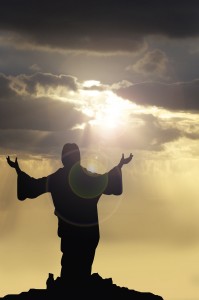 Jesus did walk the Earth long ago, and he died on the cross as recounted in the gospels. The soul who was Jesus, who returned to the Spirit Side after his crucifixion, was a very advanced soul, a Master, who incarnated on Earth to help humans learn to embrace love and compassion for one another. He came to our planet hoping to lead humankind on the path to spiritual enlightenment through his teachings. And judging by the fact that there are now over two billion Christians in the world, he has had a tremendous impact on our civilization.

But Jesus was not the son of God in the way the Church leaders have described him. He was (and still is) a very wise and benevolent soul, but he is an individual aspect of the Source, just like every other soul. He is only the “son of God” in the sense that we are all sons and daughters of God. Jesus was not a deity, but a man who had learned to focus his thoughts to tap into the energy of the universe, which is how he performed his miracles. He walked on water and turned water into wine to draw attention to his cause and gain more followers.

But as I stated in Dancing on a Stamp, Jesus did not prescribe the rules and beliefs of the Church—they were developed by the holy men of the Church after the death of Christ who had their own vision for the Church. And although many of the gospels describing the life of Jesus have been edited over the years by the Church leaders, the crux of his teachings have survived for the benefit of all humans.