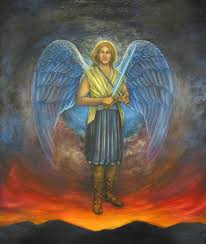 Are you afraid of the Devil? Do you believe Satan instigates evil deeds on Earth, so he can lure unsuspecting souls to join him in the fiery depths of Hell?

If you were raised as a Christian, as I was, you were likely taught that Satan is the personification of all evil in our world—a vile entity who tries to steer people away from the teachings of Jesus.

The truth, according to my spirit guide Albert, is that the Devil does not exist. Satan is just a fiction created by the leaders of the Church to control the masses through fear, a clever device that has worked very well over the centuries. It was used to frighten people with eternal damnation unless they followed all the rules laid down by the holy men and donated generously to the Church coffers.

Albert says this is just a lot of hooey, because there is no judgment after death, Hell does not exist, and Satan is nothing more than a grotesque caricature spawned from the vivid imaginations of the early leaders of the Church as a means to further their own agendas.

On one of my trips to the Spirit Side (as described in Dance of Heavenly Bliss) I met with Lucifer, a wise and benevolent soul who had been badly maligned over the centuries as the Prince of Darkness. As an esteemed angel created by the Source, his job was to curtail (and not encourage) evil deeds on Earth, and to this end he strives to fulfill his assignment with love and compassion.